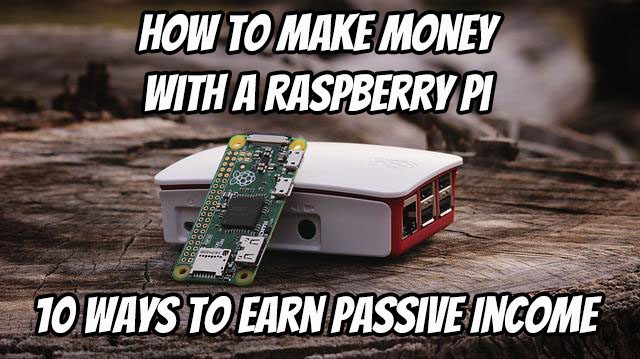 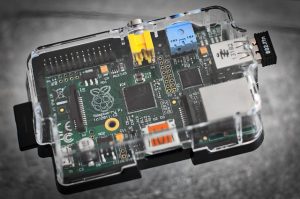 Did you know that a Raspberry Pi can be used to earn passive income? In this blog post, we will show you 10 ways to do just that. whether you’re looking to make a little extra cash or create a full-time income stream a Raspberry Pi can help you make money while you sleep. So, what are you waiting for? Start learning about these money-making opportunities today!

But before we get into that, let’s go over a few of the basics.

What is a Raspberry Pi?

Chances are, if you’re reading this, you already know a bit about computers and technology. But what exactly is a Raspberry Pi? In simple terms, a Raspberry Pi is a small, single-board computer that was first developed in the United Kingdom as a way to promote computer science education.

Since its release in 2012, the Raspberry Pi has become one of the most popular hacking platforms on the market, and it has been used for countless projects, from building robots to developing video games.

The beauty of the Raspberry Pi is its versatility; it can be used for nearly any application that requires a computer. Best of all, since it is so affordable, anyone can get started with a Raspberry Pi without breaking the bank. 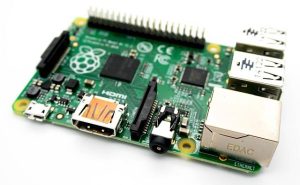 What are the Benefits of Using a Raspberry Pi?

As we said Raspberry Pi is a tiny computer that packs a punch. Despite its size, the Pi has numerous uses and can be used for everything from setting up a media center to learning programming. The benefits of using a Raspberry Pi are many, but some of the most notable include its affordability, its flexibility, and its ease of use. The Pi is also highly energy-efficient, which makes it ideal for projects that require longer run times. In addition, the Pi supports a wide range of software and accessories, making it one of the most versatile computing platforms available.

Raspberry Pi can be used for many purposes. Some of these purposes include:

How Can You Make Money with a Raspberry Pi? 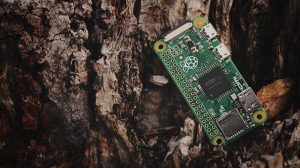 A Platform for Developing Internet of Things Applications

Another option is to use Raspberry Pi as a platform for developing Internet of Things applications. The Raspberry Pi is well suited for connecting sensors and other electronic components, making it ideal for building smart devices that can be controlled over the internet. If you have some coding skills, you could develop IoT applications and sell them on online platforms such as the Microsoft Azure Marketplace or the Amazon Web Services Marketplace.

Create and Sell Your Invention

You could also use the Raspberry Pi to create and sell physical products that incorporate its tiny computer board. For example, you could design and 3D print custom cases for the Raspberry Pi, or develop an educational toy that uses the Raspberry Pi as its brain. If you have some hardware design skills, there are endless possibilities for turning your Raspberry Pi into a money-making machine.

With a little creativity, a Raspberry Pi can be turned into a security system that can detect intruders and alert the homeowner. By connecting a camera to the Pi, it is possible to create a motion-activated security system that can take pictures or videos of anyone who enters the home. In addition, the Raspberry Pi can be connected to door and window sensors so that it can trigger an alarm if an intruder is detected. With a little bit of effort, it is possible to create a comprehensive security system using nothing more than a Raspberry Pi. Best of all, this project can be completed for less than $100, making it an affordable way to protect your home or earn money by selling it to others.

While it is often used as a development board for hobbyists and educators, it can also be used to create simple online applications. With a bit of effort, you can create an online course that people will be willing to pay for. The first step is to come up with an idea for a course. It could be anything from teaching people how to use Raspberry Pi to create a simple game or artificial intelligence application. Once you have an idea, you need to develop the course content. This can be done by writing tutorials, recording videos, or both. Once the course is complete, you can upload it to a platform like Udemy and start marketing it to potential students.

For those who don’t know, a Retropie is a retro gaming console that can be played on a TV or monitor. They’re surprisingly easy to make, and you can sell them for a nice profit. Plus, they’re a great conversation starter and will definitely impress your friends!

To get started, you’ll need to purchase a Raspberry Pi, some basic electronics, and a few other supplies. Once you have everything, setting up your Retropie is a breeze. Simply flash the Retropie image onto your SD card, connect your hardware, and boot up the console. From there, you can add games, configure your controller, and begin playing.

When it comes to selling your Retropie, there are a few different options. You can sell it online through sites like eBay or Etsy, or you can set up a booth at local craft fairs or flea markets. Whichever route you choose, be sure to price your console competitively. With a little effort, you can easily make back your investment and then make some bucks on the side!

Raspberry Pi has become a popular choice for DIY projects, including creating a desktop computer. While there are many different ways to set up a Raspberry Pi-powered desktop, one of the most common approaches is to use the Raspbian operating system and the LXDE desktop environment. This setup provides a familiar desktop experience, and it can be further customized to meet your specific needs. Best of all, setting up a Raspberry Pi desktop is relatively simple and can be done even if you are new to the world of electronics. So if you are looking for a fun and easy way to make money with your Raspberry Pi, consider creating a desktop computer. With a little effort, you can create a powerful and affordable desktop that is perfect for everyday use.

Use the Pi to Mine Cryptocurrency

Cryptocurrency has been a hot topic over the past few years with the likes of Bitcoin and Ethereum gaining a lot of mainstream attention. However, there are tons of other cryptocurrencies out there that can be mined with a Raspberry Pi.

In fact, mining cryptocurrency with a Pi is a great way to earn a little extra cash. While you won’t make a fortune, you can certainly make some money if you set up your Pi to mine cryptocurrency. The first step is to choose a currency to mine. There are many options available, so do some research to find one that is profitable. Next, you’ll need to set up your Raspberry Pi and download the necessary software. Once everything is up and running, you can start mining cryptocurrency! All you need is a little patience and you could be earning money with your Raspberry Pi in no time.

A VPN server is a great way to stay secure online, and it can also be a lucrative business venture. By setting up a VPN server with a Raspberry Pi, you can charge people for access to your server. And since the Raspberry Pi is so affordable, you can quickly make back your investment and start earning a profit.

Making your TV a smart one has multiple benefits. You can browse the internet, watch movies and shows on Netflix, play games, and whatnot. It’s like having a computer connected to your television. The best part is that it doesn’t cost you much. You can convert your regular television into a smart one using Raspberry Pi for less than $100. That’s a steal, considering the fact that a new smart TV would cost you at least $500. Plus, you’ll have the satisfaction of having made it yourself! It’s not difficult either. You just need to purchase a Raspberry Pi kit and follow some simple instructions. So, if you’re looking for a fun weekend project that will also save you some money, converting your TV into a smart one is the way to go! You can also earn money through it by selling it to the market. 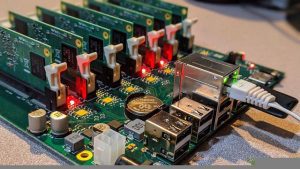 Can you make money off the PI app?

Yes, you can make money off the PI app. The app is free to download and easy to use. You can start making money with the PI app by creating a free account and adding your profile information. The PI app is a great way to make money by sharing your skills and services with others. You can also use the PI app to find work opportunities in your area.

Is Raspberry Pi good for business?

Raspberry Pi has been gaining popularity as a business solution in recent years. Its small size and low cost make it ideal for use in a wide range of businesses, from retail to manufacturing. In addition, the Raspberry Pi is highly versatile and can be used for a variety of purposes, from setting up a point-of-sale system to powering a digital signage network. While the Raspberry Pi may not be the most powerful computer on the market, its flexibility and affordability make it an attractive option for businesses of all sizes.

What is internet bandwidth?

Most people have a general understanding of what the internet is and how it works. But when it comes to more technical topics like bandwidth, there can be a lot of confusion. Simply put, bandwidth is the amount of data that can be transferred between two points in a given period of time. It's typically measured in bits per second (bps), and the higher the bandwidth, the more data can be transferred in a given amount of time. When it comes to the internet, bandwidth refers to the connection speed between your computer and the server that you're trying to access. A high-speed connection will have a higher bandwidth than a slower one, which means that it can handle more data in a shorter period of time. If you're trying to stream video or download large files, you'll need a high-bandwidth connection to do so without any buffering or lag. Most home internet connections have plenty of bandwidth for basic web browsing and email, but if you want to do more intensive activities like streaming HD video or gaming online, you'll need a faster connection. Bandwidth is just one factor that determines how fast your internet connection is, but it's an important one to keep in mind.

How to sell unused bandwidth? 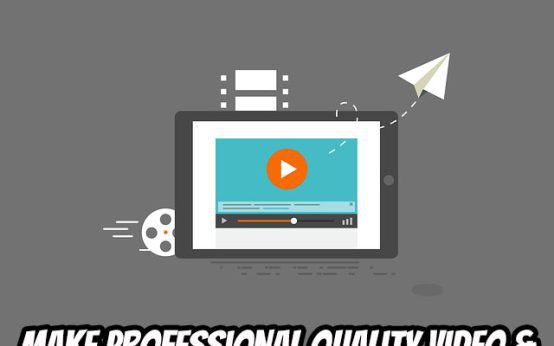 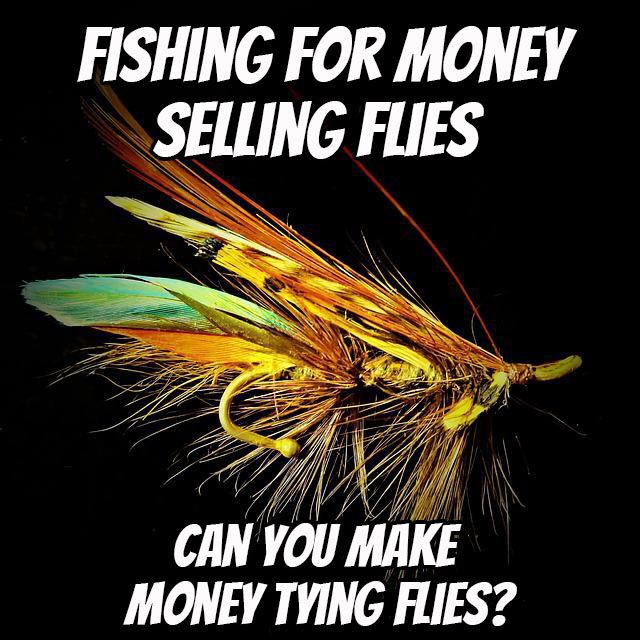 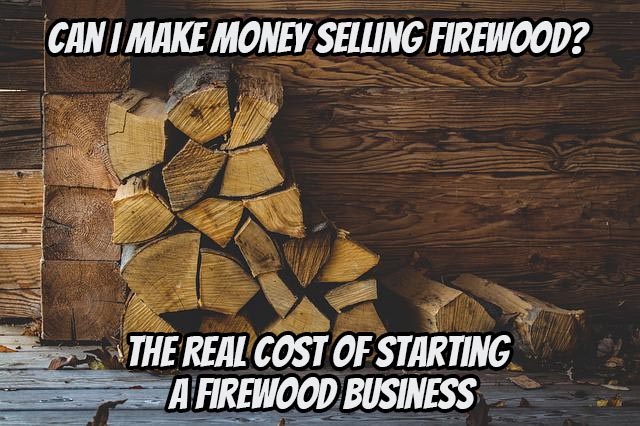 Can I Make Money Selling Firewood? – The Real Cost of Starting a Firewood Business

Can I Make Money Selling Firewood? – The Real Cost of Starting a Firewood Business 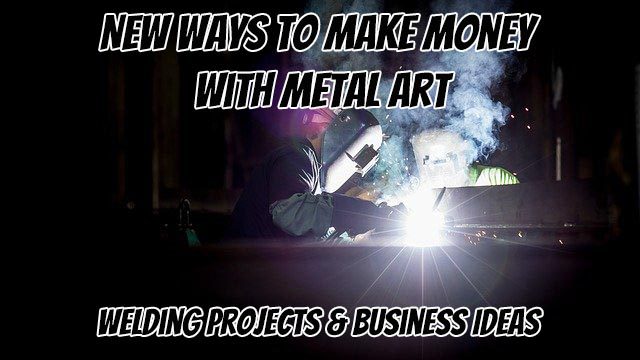 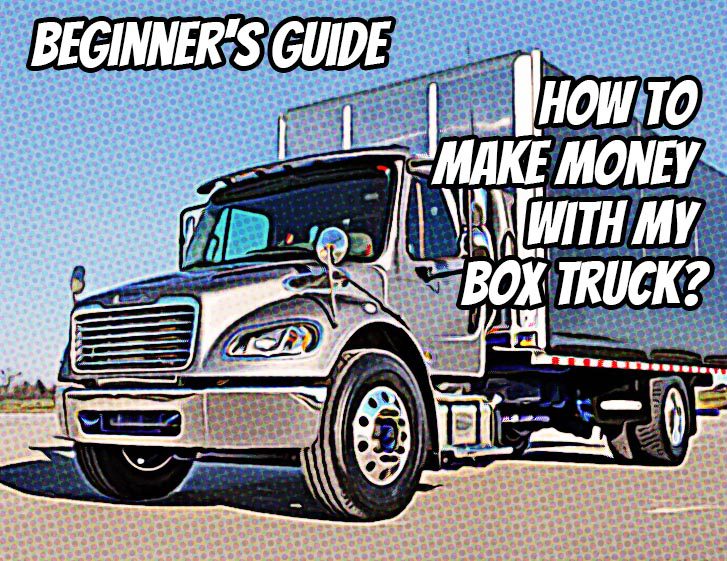 Beginner’s Guide: How to Make Money with My Box Truck?

Beginner’s Guide: How to Make Money with My Box Truck? 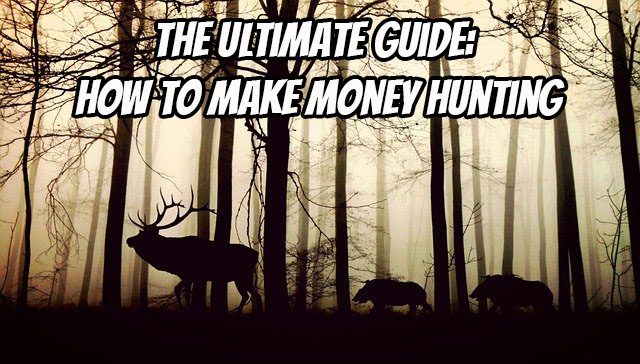 The Ultimate Guide: How to Make Money Hunting

The Ultimate Guide: How to Make Money Hunting