Posted by The Minister of Capitalism on Mar 01, 2022 in Invest / Trade, News, Stock Trading

With the continuation of Russia’s war on Ukraine, commodity prices are hitting their highest levels since 2008.

Wheat prices soared to their highest levels in more than a decade on Tuesday, as traders worried about global supply disruptions as Russia’s invasion of Ukraine progressed. 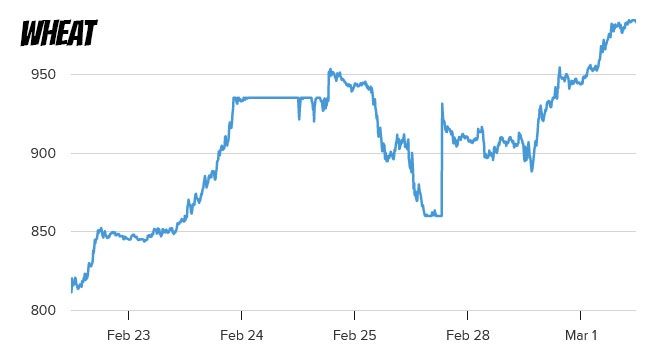 According to JPMorgan, Russia is the world’s largest exporter of wheat, with Ukraine being among the top four.

According to Bank of America, 17 percent of the 207-million-ton worldwide wheat trade comes from Russia, while 12 percent comes from Ukraine.

In a Feb. 14 note, JPMorgan’s Marko Kolanovic said, “Wheat and corn are the most susceptible agriculture commodities to any possible increase in hostilities.”

Corn futures also touched a high of 724.5 cents per bushel on Tuesday, the most since May. Corn futures last traded at 721.75 cents a bushel, up 4.49 percent, after trading was suspended. 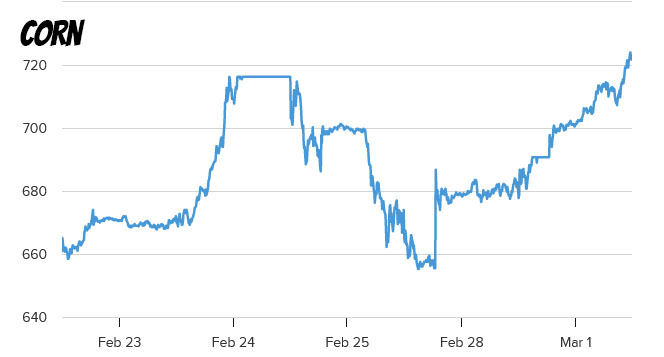 Russia’s war on Ukraine has sparked huge price increases in the commodities markets, after having been virtually dormant for decades.

To see commodities halted for hitting the limit up stop is incredibly rare and will add even more fuel to the inflationary fire we’ve already begun to see.

Click Here to Join & Get Our Exclusive Trade Alerts!