Posted by The Minister of Capitalism on Mar 04, 2022 in News 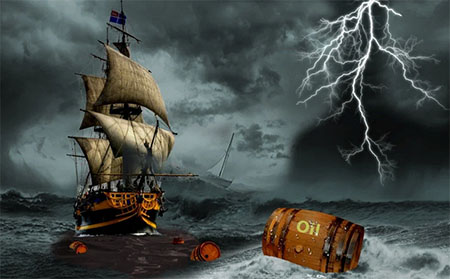 Lukoil, which employs over 100,000 people and generates more than 2% of the world’s crude oil, has called for an end to Russia’s conflict in Ukraine.

In a message to shareholders, employees, and customers, the company’s board of directors said it was “asking for the military conflict to be ended as quickly as possible.”

“We send our heartfelt condolences to all those who have been impacted by this tragedy. We firmly support a long-term cease-fire and a peaceful resolution of disputes via serious dialogue and diplomacy,” the board stated.

Vagit Alekperov, chairman and CEO of Lukoil (LUKOY), is one of Russia’s wealthiest men. According to Reuters, the former Caspian Sea oil rig worker and his deputy, Leonid Fedun, possess the bulk of Lukoil’s shares.

The corporation is Russia’s second largest oil company, behind state-owned Rosneft, with activities in dozens of countries across the world.

It now faces significant difficulties as traders avoid Russian oil for fear of falling foul of Western sanctions, which do not specifically target fossil fuel shipments.

Following the invasion, Lukoil shares listed in London have lost nearly all of their value. On Thursday, trading in the company’s stock was halted.

In the United States, where 230 Lukoil fuel outlets are controlled by American franchisees, the oil giant is already facing demands for a boycott. The majority of Lukoil service stations are located in New York, New Jersey, and Pennsylvania.

Russian billionaires Mikhail Fridman and Oleg Deripaska broke ranks with the Kremlin earlier this week and urged for an end to the conflict. In a message to staff, Fridman, who was born in western Ukraine, expressed his desire for the “bloodshed to halt.”

Fridman is the chairman of Alfa Group, a private corporation with operations in banking, insurance, retail, and mineral water manufacturing largely in Russia and former Soviet republics.

He is also the chairman of Alfa Bank, Russia’s fourth largest financial services company and largest private bank. Sanctions were imposed on Alfa Bank last week, preventing it from raising funds in the US market.

Deripaska built his wealth in aluminium and was sanctioned by the US in 2018.

The crippling sanctions imposed on Russia are having a crippling effect on their economy and are putting increased pressure on Russian business owners who deal in international markets.

And yet the war continues on…at least for the moment.

We Can Help You Navigate the Markets