The Market & WSB Apes Give Robinhood Stock a Fantastic Monkey-Hammering

Posted by The Minister of Capitalism on Jan 28, 2022 in News

Robinhood Markets Inc. has already had a month that would make Idi Amin blush. (That’s bad)

The stock continued drifting lower as this month (and Covid) continued to drag on.

And then things went about as well as a partner admitting to infidelity, as they shocked Wall Street with financial reports about stagnant growth and a gloomy prognosis for the current quarter.

And in “jilted lover” type fashion at 9:30 a.m. on Friday, investors punished Robinhood, sending their shares plummeting by 13%.

Between the rough start to the year and the monkey-hammering that investors gave them, the stock has lost about $29 billion since it first went public in July.

But what are numbers and valuations good for anyways? After all, we print money out of thin air, artificially suppress interest rates and reward companies with negative earnings by giving them higher stock prices.

Wait, this just in: Tech companies from the year 2000 called…

So Robinhood has missed its targets and they’ve suddenly turned pessimistic on how they can boost their stock price back up.

It seems the killer for them was the death of WallStreetBets’ meme stocks, as Robinhood was the brokerage of choice for new traders who signed up in the hopes of riding the wave to ape superstardom. (“Don’t worry Mom! When GME hits I’ll be able to buy my own house and finally move out of the basement!”)

New users flocked to Robinhood by the thousands, engorging their user base in the process.

For the volume to be about 10% of the options interest market, it shows you how hot and heavy the apes were hittin’ it as they got their trade tip from WallStreetBets and YOLO’d their way over to their brokerage account.

But I’m sure Robinhood has a plan to right the ship.

And on the earnings call they pulled back the curtain a little, allowing the rest of us pleebs to see what they have in mind!! Yay!!

But, to be fair, if you’re facing a grim future and have the negative data to prove it, you’ve got to say SOMETHING on the earnings call.

Just letting the awkward silence continue before the crickets chime in isn’t going to fare well.

Right, so when your tail’s caught in a crack, you’ve got to say something, right?

So Robinhood came up with… wait for it… adding tax-advantaged retirement accounts and fully funded lending.

(Did you just fall off your chair in boredom – while intentionally hitting your head on the ground, hoping to erase the memory of what you just heard – before voluntarily slipping into a coma like I did? No? Ok, so it was just me then. Interesting… Maybe I should get that checked out.)

But wait! All is not lost. While they were at it, they assured investors they were working on plans for foreign expansion.

Ah yes, the whole “foreign expansion” line. That’s where you kick the can of accountability down the road by using an unspecific course of action and vague time frame.

But in a stunning turn of events, just like the jilted lover forgiving the misdeeds of their dirtbag partner, it did work!

Rather than rubbing their nose in it, the market pushed Robinhood’s share price back up from their low of $9.97 to $12.73 at the close of the market.

This is still well below the high of $70.39 back on August 4th (and the bearish trend continues when you look at the chart over a 1 year time frame) but this significant bounce seemed have the market saying to Robinhood, “Naw, I ain’t mad at ya bro.”

So overall, a sort of negative day for Robinhood?

But on a more positive note: 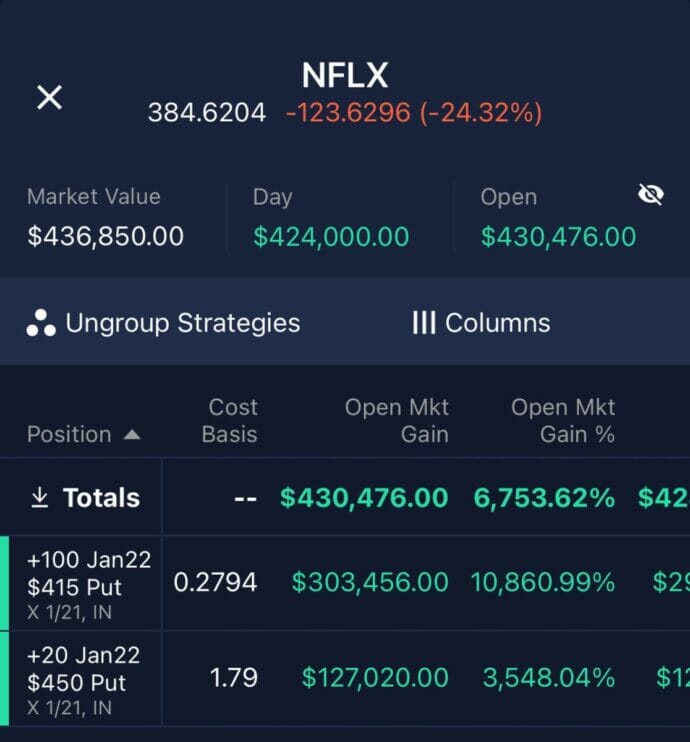 Get More Irreverence Delivered to Your Inbox!

If you’d like more of this kind of quirk, sign up for The Minister of Capitalism’s email list, where he keeps his best and most ingenious thoughts.

Signing up will inject you with frequent doses of his dopamine-laced, irreverent ideas which might just make you more intelligent, funny and interesting.*

*Of course, they might not do any of those things.