Dow Bounces Back as Commodities Cool

Posted by The Minister of Capitalism on Mar 09, 2022 in Invest / Trade, News, Sectors, Stock Trading 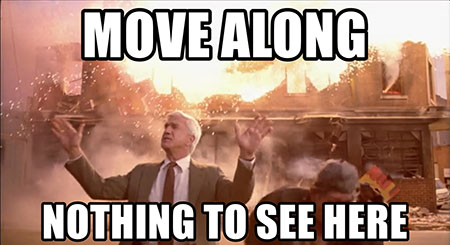 The rebound occurred after the market dropped for a fourth day on Tuesday, with the S&P 500 and Dow both dropping deeper into correction territory, and the Nasdaq Composite adding to its bear market losses.

This market shift is due to a drop in commodity prices, which has recently frightened stocks into beating a hasty retreat. During the battle in Ukraine, energy and agriculture items have soared, and some metals have seen significant advances.

In some cases the moves on some commodities (I’m looking at you Nickel) was so drastic that they halted trading. (When was the last time you saw that happening with commodities??)

The U.S. benchmark, West Texas Intermediate crude, was last down 4% to around $118, while Brent crude, the international standard, was down 3.5 percent to approximately $123.

Wheat futures fell 6.3 percent to $1,206 a bushel, while palladium continued to rise, jumping 3.8 percent to $3,082 per ounce. On Wednesday, silver, copper, and platinum all fell in price.

“Changes in commodity prices, particularly oil, continue to influence the equities market,” said Kathy Bostjancic, chief U.S. economist at Oxford Economics. “Trading will remain erratic, rallying when prices fall, but the likelihood of very high oil and non-energy prices puts a shadow over the outlook for economic activity and the stock market.”

On Wednesday, airlines and cruise lines were also up. Carnival Corporation is up more than 7%, and United Airlines is up 7.2 percent.

Investors rotated out of bonds after huddling in fixed income for safety during the Ukraine conflict, causing Treasury prices to fall and yields to rise. The yield on the benchmark 10-year note increased by 3.7 basis points to 1.91 percent. A basis point is equal to 0.001% of a percentage.

As yields increased, bank stocks soared. PNC Financial was up 4%, while Wells Fargo was up more than 5%. Goldman Sachs and JPMorgan Chase were both up 3%.

After President Joe Biden declared an embargo on Russian fossil imports, including oil, in reaction to the country’s invasion of Ukraine, energy markets fell on Wednesday after a solid day Tuesday.

Pepsico’s stock jumped more than 1% after the soft drink giant said that it will stop selling its products in Russia, while it will continue to offer snacks and basics like infant formula. Aside from that, shares of dating service Bumble’s stock rose 37% after the company announced a profit and growth forecast that exceeded Wall Street’s expectations.

After a day of choppy trading, the major averages all ended the day down. The Dow Jones Industrial Average threw up a 585-point gain to close the day 184 points down, deepening its decline. The S&P 500 index fell 0.7 percent, putting it in correction territory. After entering bear market territory on Monday, the Nasdaq Composite dropped 0.2 percent.

Although it is unclear if the Federal Reserve will be able to achieve a soft economic landing, Ross Mayfield, an investment strategy analyst at Baird, believes the United States will be able to escape a recession.

“The labour market, consumer, and aggregate business sector strength in the United States should function as the weight to keep us out of recession in the short term,” he told CNBC. “Overall, volatility is expected to endure; there is a broad range of outcomes in Ukraine; but, the fundamentals of the US economy remain sound, especially if the Fed can raise rates without disrupting demand.”

Morgan Stanley thinks that the recent nickel jump has increased the cost of an electric vehicle’s input by $1,000.

According to the Job Openings and Labor Turnover Survey, total vacancies actually decreased somewhat, falling to 11.26 million after a significant upward adjustment in December’s statistics.

Finally a bit of a relief to the recent skyrocketing of commodity prices…maybe these price decreases will eventually trickle down to the consumer.

Get Hedge Fund Beating Trades Delivered to Your Inbox! 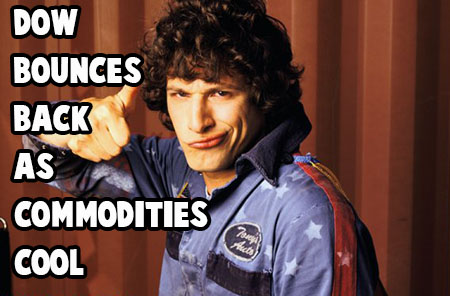